An old-fashioned novel about a scrappy girl searching for the answers to a spy mystery in small-town Kansas won the John Newbery Medal on Monday for the year’s outstanding contribution to children’s literature. 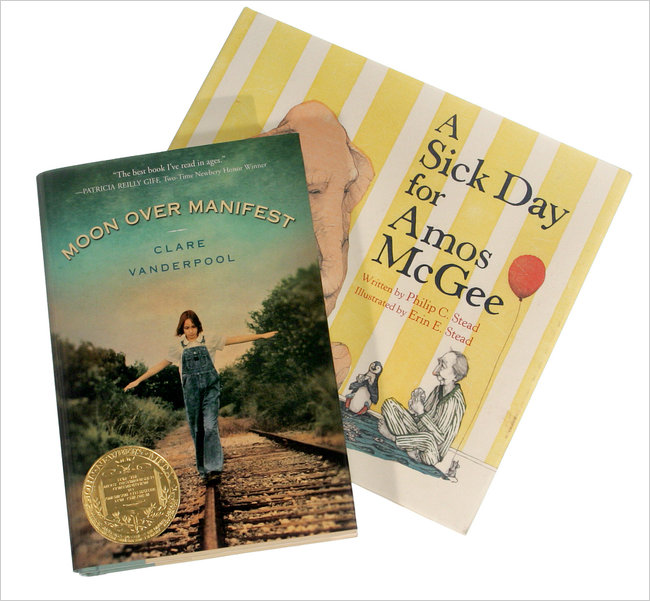 “Moon Over Manifest,” a debut novel by Clare Vanderpool, is set in the Great Depression and tells the story of Abilene Tucker, a 12-year-old whose father sends her for the summer to Manifest, a Kansas town populated by bootleggers and coal-mining immigrants. There she solves a longtime mystery with the help of local characters.

The Newbery award, widely considered the most prestigious honor in children’s literature and an inevitable boon to sales, was announced by the American Library Association at its midwinter meeting in San Diego.

The association’s other top award, the Randolph Caldecott Medal, for the most distinguished picture book for children, went to “A Sick Day for Amos McGee,” illustrated by Erin E. Stead and written by Philip C. Stead. 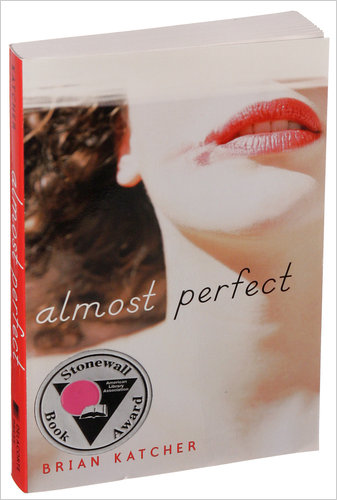 The association’s Stonewall Children’s and Young Adult Literature Award, for an English-language book “of exceptional merit relating to the gay, lesbian, bisexual and transgendered experience,” went this year to “Almost Perfect,” by Brian Katcher, a novel about a high school senior who grapples with his romantic encounter with a girl who turns out to be transgendered; the girl later attempts suicide.

Ms. Vanderpool, the Newbery winner, said she wrote “Moon Over Manifest” over five years, beginning in 2001, stealing bits of time while raising her four children.

“I would write during nap times, during ‘Sesame Street,’ that kind of stuff,” said Ms. Vanderpool, 46, by telephone from her home in Wichita, Kan., where she was born and reared. “It was just a nice little escape, a nice hobby. Then fortunately this year it got published.”

As part of her research, she traveled to Frontenac, Kan., in the southeast corner of the state, a town she called “the bootlegging capital of the Midwest.” (It also happened to be the home of her mother’s side of the family.) There she read newspaper articles on microfilm at the library and scoured old yearbooks helpfully supplied by local residents.

“As I started doing research, that’s when the story started to take off,” Ms. Vanderpool said. “It really is the story of a young girl looking for clues of her father, wondering if he’s coming back to get her and trying to figure out for herself what home means to her.”

The book was published by Delacorte Press Books for Young Readers, an imprint of Random House Children’s Books. It has sold 12,000 copies so far, a spokeswoman said.

Though “Moon Over Manifest” did not appear on the New York Times best-seller list, it was selected as a pick by IndieBound, an American Booksellers Association initiative of independent-store owners; it is a cherished stamp of approval. Sarah Bagby, the owner of Watermark Books and Cafe in Wichita, said the store had sold “hundreds and hundreds and hundreds of copies.”

“Clare took her experience of growing up in a neighborhood in a square mile in Wichita, Kan., and she took that experience and made it universal,” Ms. Bagby said. “It has a historic voice that connects the past to the future.”

The winner of the Caldecott medal, “A Sick Day for Amos McGee,” was also a debut by its authors, a husband-and-wife team in Ann Arbor, Mich. It is the story of a zookeeper and his tender friendship with the animals, and was published by Roaring Brook Press, an imprint of the Macmillan Children’s Publishing Group.

Mr. Stead said he and Ms. Stead conceived the project in 2006, when they were living in Carroll Gardens, Brooklyn. (They first met in a high school art class in Dearborn, Mich.) Now they work together in the same studio in Ann Arbor, when Mr. Stead is not teaching graphic design at Washtenaw Community College, a side job.

In a telephone interview from Ann Arbor, he wondered aloud if the book’s simplicity made it stand out among the hundreds of other possible candidates.

“We were a little concerned before the book came out that it was too quiet,” Mr. Stead said. “It is very simple. It has very muted colors. It’s a quiet story with a very simple story arc. In a weird way, maybe that was what made it stand out. Maybe people were ready for a story about kindness.”