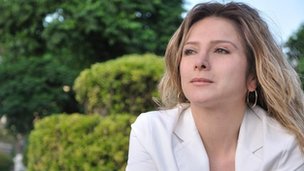 Yazbek is being recognised for her book A Woman In The Crossfire, which is based on diaries she kept during the early stages of the Syrian conflict.

It details how her outspoken views against President Assad’s government led to persecution, and her decision to flee Syria with her young daughter.

Duffy, who is Poet Laureate, was named the winner of the main prize in July.

The annual award – in memory of the playwright Harold Pinter – is given to a British writer of outstanding literary merit.

The winner then chooses a recipient for the Writer Of Courage Award, which recognises an international writer who has been persecuted for speaking out about their beliefs.

Duffy was given a shortlist by the English Pen Writers At Risk Committee, and made her announcement at the British Library on Monday night.

Yazbek said: “I am grateful to English Pen, and to Carol Ann Duffy, for selecting this book, and through it, for supporting our cause.”

Lady Antonia Fraser, Harold Pinter’s widow, added: “Carol Ann Duffy’s recognition of Samar Yazbek’s courage in writing about Syria’s revolution from the inside could not come at a more appropriate time”.

Born in 1970, Yazbek comes from the same Alawite clan as President Bashar al-Assad.

Prior to the uprising, she wrote extensively on women’s issues in newspapers and journals, while challenging taboos in her novels.

Her second novel Salsal (Clay) cast a critical eye over the power of the military, while Cinnamon – which is due to be published in the UK next month – looks at the social divide in Syria through the prism of a servant who enters into a lesbian relationship with her employer.

When protests against the Syrian government began last March, she voiced her support online. She received hate mail, her family disowned her and, eventually, she was arrested and shown the cells she would be kept in, if she continued to support the rebels.

After further intimidation, she fled to Paris in July 2011 – although she has said: “I return all the time, but in secrecy. Undercover.”

Woman In The Crossfire tells the story of the first few months of the uprising, via her own story and testimony from ordinary Syrians.

The Spectator praised the book’s “uncompromising reportage from a doomed capital”, while the Washington Post said it “brought the cause of the opposition – and its raw human passion for liberation – into focus”.

The UN estimates that more than 20,000 people have died in the conflict in Syria, while hundreds of thousands more have fled over the country’s borders.

Tensions with neighbouring Turkey have escalated over the last week, after Syrian mortar rounds landed in the Turkish town of Akcakale, killing five.

Poet laureate Carol Ann Duffy says texting is a modern form of poetry and an ideal vehicle for the Facebook generation. 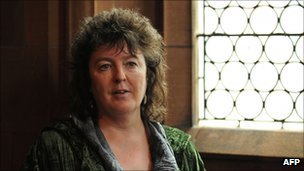 “The poem is a form of texting… it’s the original text,” Duffy said in an interview with the Guardian.

“It’s a perfecting of a feeling for language, it’s a way of saying more with less, just as texting is.”

Duffy is launching a competition for secondary school pupils, who will be invited to write their own anthologies.

Entrants can be groups or individuals. They will be given a budget to work with, and the aim is to encourage a stronger relationship between children and the world of poetry.

The deadline for entries is 1 March 2012 and the winning anthology will be announced three months later.

The winner will be chosen by a panel of judges including Duffy, Liz Lochhead, the Scottish makar (national poet), and Gillian Clarke, the national poet of Wales.

Their anthology will be published by Picador, and Duffy will visit the winning school.

She told The Guardian she was passionate about placing poetry at the heart of the school curriculum because school was the first place she was introduced to poetry.

“I grew up in a bookless house… so if I hadn’t had the chance to experience it at school, I would never have experienced it.”

Duffy, who became the first female poet laureate in 2009, added: “The poem is the literary form of the 21st century.

“It’s able to connect young people in a deep way to language… it’s language as play.” 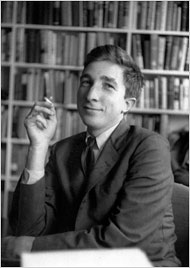 The lawn’s begun to green. Beyond the Bay —
where I have watched, these twenty years, dim ships
ply the horizon, feeding oil to Boston,
and blinking lights descend, night after night,
to land unseen at Logan — low land implies
a sprawl of other lives, beneath torn clouds. 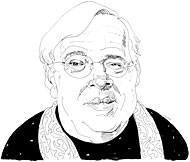 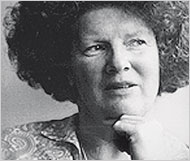 Janet Frame published eleven novels in her lifetime, together with four collections of short stories, a book of poetry, an edition of juvenile fiction, and three volumes of autobiography.