Crime writer PD James is to publish a novel that puts murder at the heart of Jane Austen’s Pride and Prejudice. 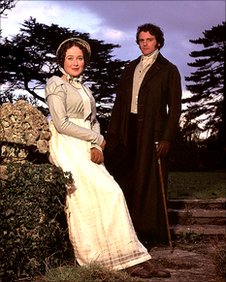 Death Comes to Pemberley, which is due out in November, is set six years after the events of Austen’s tale of romance and social advancement.

It sees Darcy and Elizabeth’s marriage thrown into disarray when Lydia Wickham arrives unannounced and declares her husband has been murdered.

James said it had been “a joy” to immerse herself in Austen’s world.

“I have to apologise to Jane Austen for involving her beloved Elizabeth in a murder investigation,” she said in a statement, “but this fusion of my two enthusiasms – for the novels of Jane Austen and for writing detective stories – has given me great pleasure which I hope will be shared by my readers.”

The 91-year-old is best known for her series of novels starring detective and poet Adam Dalgleish.

Speaking to the BBC during the writing of Death At Pemberley, she refused to give away any details.

“It’s rather secret at the moment, because it’s something entirely new,” she told Radio 4’s Today programme.

“I’m superstitious. I feel if I talk about it before it’s a third of the way through, somehow it will never get finished.”

She added she was wary of writing further adventures for her enigmatic detective.

“I would love to do another Dalgleish,” she said, “but it seemed to me the last book was somewhat valedictory. 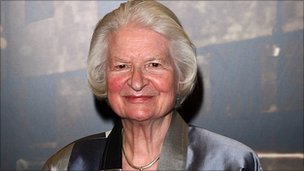 “I’m very afraid of starting something that will take a long time to write – about three years with all the plotting and planning – which may be unfinished when I die. I hate the thought of that.”

“It is always a moment of great excitement when PD James delivers a new novel but the brilliance of both the idea and the execution on this occasion is simply breathtaking”.

Austen’s novel was originally published in 1813, and James is far from being the first writer to foray into the world she created.

In fact, more than 40 “Austenesque” novels were published in 2010 alone.

Notable examples of the genre include Darcy’s Story by Janet Aylmer, which retells Pride And Prejudice from the point of view of the antagonist, and Seth Grahame-Smith’s parody Pride And Prejudice And Zombies, which is currently being turned into a Hollywood movie and video game.

•John Updike: “Sex is like money. Only too much is enough.”

•Camille Paglia: “Leaving sex to the feminists is like letting your dog vacation at the taxidermist.”

•Fran Lebowitz: “Girls who put out are tramps. Girls who don’t are ladies. This is, however, a rather archaic usage of the word. Should one of you boys happen upon a girl who doesn’t put out, do not jump to the conclusion that you have found a lady. What you have probably found is a lesbian.”

•Nora Ephron: “In my sex fantasy, nobody ever loves me for my mind.”

•Steve Martin: “Don’t have sex, man. It leads to kissing, and pretty soon you’ll have to start talking to them.”

•Dave Barry: “People don’t think of writers as sex objects. The women who write to me and suggest that we ought to have sex usually turn out to be, like, eighty. And their letters always end with, ‘Just joking.’