A group of leading lights from the literary world have launched a book prize in response to what they see as the changing priorities of the Man Booker Prize.

The organisers of the new Literature Prize claimed the Booker “now prioritises a notion of ‘readability’ over artistic achievement”.Man Booker administrator Ion Trewin dismissed that idea as “tosh”. 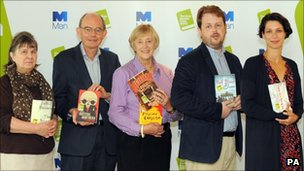 The winner of the £50,000 annual Booker prize will be announced on 18 October.

“This is not about attacking the Booker or any books on the shortlist,” literary agent Andrew Kidd, spokesman for the Literature Prize, told the BBC.

“The Booker has made certain choices about how it wants to position itself and that’s great – but we think there’s a place for both of us and there can be a happy co-existence.”

An announcement about the committee and funding for next year’s prize is expected within weeks.

The Literature Prize will be open to any novel in the English language and published in the UK. The Booker competition is only open to those from the British Commonwealth and Ireland.

“The prize will offer readers a selection of novels that, in the view of these expert judges, are unsurpassed in their quality and ambition,” said the Literature Prize’s launch statement.

“For many years this brief was fulfilled by the Booker (latterly the Man Booker) Prize. But as numerous statements by that prize’s administrator and this year’s judges illustrate, it now prioritises a notion of ‘readability’ over artistic achievement,” it said.

Dismissing that as “tosh”, Man Booker’s Trewin told The Bookseller: “I think I have gone on record in the past as saying that I believe in literary excellence and readability -the two should go hand in hand.”

Jonathan Taylor, chairman of The Booker Prize Foundation, said: “Since 1969 the prize has encouraged the reading of literary fiction of the highest quality and that continues to be its objective today.

“We welcome any credible prize which also supports the reading of quality fiction.” 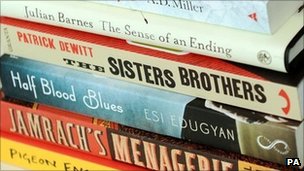 The Man Booker winner will be announced on 18 October

Julian Barnes is among six authors featured on this year’s Man Booker Prize shortlist. He is the bookies’ favourite for his novel The Sense of an Ending.

There were raised eyebrows in literary circles when previous Booker winner Alan Hollinghurst’s The Stranger’s Child did not make the final six.

Last week, chair of the Booker judges and former MI5 chief Dame Stella Rimington hit back at critics of the judges’ choices, which include two first-time novelists.

She told The Guardian: “As somebody interested in literary criticism, it’s pathetic that so-called literary critics are abusing my judges and me. They live in such an insular world they can’t stand their domain being intruded upon.”

Kidd denied that the Literature Prize was about elitism.

“It’s a silly accusation,” he said.

“It is more about our feeling that a space has opened up for a new prize which is unequivocally about excellence – even if that sometimes means shortlisted books are more challenging and don’t necessarily fall under the easy description of readable.”