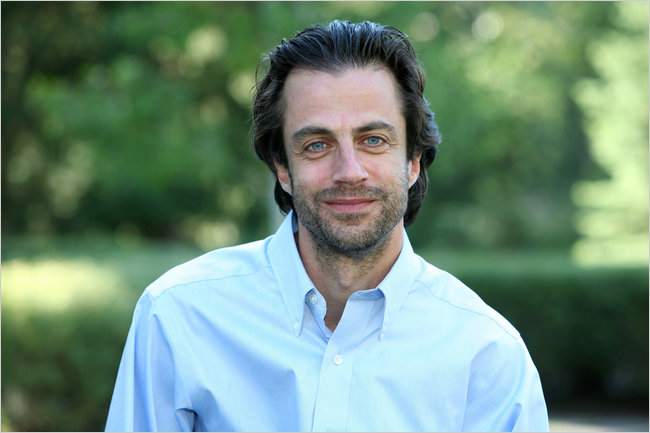 Author of Tragedy of Arthur

“The Tragedy of Arthur” is a novel about the discovery of what is reputed to be a lost Shakespeare play, and with it Arthur Phillips has found the perfect vehicle for his cerebral talents: his ingenuity; his bright, elastic prose; and, most notably, his penchant for pastiche — for pouring his copious literary gifts into old vessels and reinventing familiar genres.

Mr. Phillips’s earlier novels, of course, testified to these gifts, though they also tended to point up his reluctance to delve convincingly into the inner lives of his characters. His much talked-about first novel “Prague” — about young Americans in Europe — was filled with echoes of Nabokov and James. “The Egyptologist” worked variations on old Hollywood mummy movies and H. Rider Haggard stories. “Angelica” gussied up the Victorian ghost story with some postmodern pyrotechnics. And “The Song Is You” read like a mash-up of “Sleepless in Seattle” and a cheesy stalker movie.

With “The Tragedy of Arthur” Mr. Phillips has created a wonderfully tricky Chinese puzzle box of a novel that is as entertaining as it is brainy. If its characters are a little emotionally predictable, we don’t mind all that much: we’re more interested in seeing how the author cuts and sands his puzzle pieces, assembles them into a pretty contraption and then inserts lots of mirrors and false bottoms.

Mr. Phillips — who, in addition to writing, has been a child actor, a jazz musician and a five-time “Jeopardy!” champion — begins this complicated enterprise by cunningly creating a frame story to explain the finding of the lost Shakespeare play “The Tragedy of Arthur” in which, he, Arthur Phillips, author of four novels, is a central player.

In a lengthy fake memoir that is supposed to be the “Introduction” to this Shakespeare play, Mr. Phillips pretends to be a fictional version of himself, recounting the story of how his con-man father — who is also named Arthur and who is serving jail time for forgery — came to give him “a quarto edition, dated 1597” of the lost play and how that play came to be authenticated by assorted forensic and scholarly experts and published, here, in these pages, by Random House.

The narrator — that is, the fictional Arthur Phillips — has an intense love-hate relationship with his father. He feels his dad repeatedly abandoned him and his twin sister, Dana, during their childhood because he could not resist committing petty crimes that kept getting him sent to jail. At the same time young Arthur hungers after his absent father’s approval: he wants his Shakespeare-loving father to ratify his own creative efforts as a writer.

In recounting the tale of his fictional namesake Mr. Phillips does a clever job of orchestrating well-known Shakespearian themes, like the contingency of reason and love; the rift between appearance and reality; and twins and doubles and confused identities. He makes questions of legitimacy (which percolate through the history plays) and authenticity (which underlies Shakespeare authorship debates) central to this novel.

Mr. Phillips depicts the fictional Arthur’s father, Arthur Sr., as a phony and pretender — as a sort of combination of the con-man father in Geoffrey Wolff’s memoir “The Duke of Deception” and one of the charming, prodigal fathers in John le Carré’s fiction.

Arthur Sr. has served jail time for things like forging fake grocery store coupons and scratch-off tickets for the New York Lottery. When his children were young, he even enlisted their help in creating phony crop circles as a prank. Why? “To astonish,” his son explains. “To add to the world’s store of precious possibility. To set the record crooked once and for all, so that someone’s life (some stranger’s) was not without wonder. It almost seems like a charitable act, if you subtract his ego.”

Given his father’s suspect history, why would the narrator believe for a second that “The Tragedy of Arthur” is the real thing? After all, the play is oddly filled with echoes of Phillips family history, including a dog with the same name as Arthur Sr.’s onetime pet.

Why would young Arthur lend his own reputation as a writer to another one of his father’s scams? The novel suggests hypotheses of widely varying plausibility: that for once in his life Arthur Sr. is telling the truth and has in fact stumbled across that rare and amazing thing — a new Shakespeare play, which he stole from the library of a wealthy man who didn’t know what he owned; that Arthur Sr. found a fake Shakespeare play and embellished it with some of his own imaginative embroiderings and then reprinted it on old paper with old ink; that young Arthur has himself written this phony play and pretended that his father gave it to him in order to inflate his father’s legend of shamelessness and manipulation.

How good a job does the real Mr. Phillips do of faking an early (and not very good) Shakespeare play? Well, let’s just say it’s hard to imagine that the fictional Arthur Phillips or the fictional Random House managed to find experts who would give the play their stamp of approval. The whole production feels truncated and rushed, and it’s filled with labored, lumpy poetry. On the other hand, we are supposed to suspect that “The Tragedy of Arthur” (or to be more precise, “The Most Excellent and Tragical Historie of Arthur, King of Britain”) is a fake Shakespeare play written by a Shakespeare-loving con man. So its actual quality is sort of beside the point.

Not only does Mr. Phillips have a lot of fun concocting this play, borrowing a little from “Henry IV, Parts 1 and 2,” “Henry V,” “Hamlet” and even “Macbeth” along the way, but also in writing “The Tragedy of Arthur” — the book we hold in our hands, not the play within it — he’s constructed a sly, spirited novel that deftly showcases his own versatility and shiny literary panache.