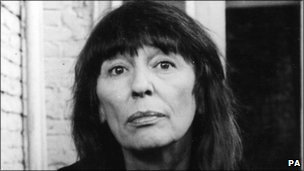 Man Booker Prize organisers had asked readers to vote for their favourite of five Dame Beryl books shortlisted for the main prize – which she never won.

Master Georgie, shortlisted in 1998, beat Every Man For Himself in the running in 1996 by a handful of votes.

A bound copy of the book was presented to daughter Jojo Davies and grandson Charlie Russell at a party in London.

The prize’s literary director, Ion Trewin, said he was “delighted to be able finally to crown Master Georgie a Booker bride”.

Master Georgie, shortlisted in the year that Ian McEwan’s novel Amsterdam won the prize, is set during the Crimean War.

Dame Beryl’s other shortlisted books were The Dressmaker, nominated in 1973, The Bottle Factory Outing, recognised in 1974, and An Awfully Big Adventure, a contender in 1990 that was made into a film starring Alan Rickman and Hugh Grant.

The writer, whose works included The Dressmaker and Injury Time, passed away in the early hours of Friday morning after a short illness, her agent said.

She won the Whitbread award for Injury Time in 1977 and, in 1996, for Every Man For Himself – which was also shortlisted for the Booker.

Dame Beryl began her career as an actress and performed in repertory theatre before she had her first novel published in 1967.

A Weekend With Claude tells the story of a violent, predatory man.

Dark themes continued with books including 1968’s Harriet Said, the story of two teenage girls who seduce a man before murdering his wife.

A number of her books were set in her home city of Liverpool, including 1973’s The Dressmaker – a tale of love and murder during World War II.

And 1978’s Young Adolf tells the tale of a young Hitler working as a waiter at the city’s Adelphi Hotel in the early 20th Century.

Dame Beryl’s historical novels included 1984’s Watson’s Apology, a portrait of a Victorian murder while Master Georgie, published in 1998, was set in the Crimean War.

Her publicist Susan de Soissons said: “She was one of the huge doyennes of literature and everyone adored her.”

The novelist, who specialised in black comedy, wrote columns for the Spectator and the Evening Standard.

Dame Beryl, who in 2008 was featured in a Times newspaper list of the 50 greatest British writers since 1945, also wrote several television plays.