All right, let’s cut to it — our audience, curiosity whetted by the ubiquitous social media, wants avidly to know: What is the most embarrassing thing that has happened to you lately?

Do you mean as a “writer” — or just more generally?

Don’t be circumspect! Interest in you, at least minimal interest, derives from your being a “writer.”

Well — I was in the grocery store yesterday, in the dairy section, when a woman who’d been staring at me quizzically asked, “Are you some kind of writer?” Vaguely, I shook my head no, as if I might not have heard the question, and eased away without glancing back . . .

And then someone who knew me breezed by saying in a loud voice, “Hello, Joyce!” — and the woman must have overheard . . .

That is embarrassing! Denying your own writer-self, and even as the cock began to crow, someone comes along and outs you! Is this some kind of absurd modesty?

I could not explain to the woman: “I am not ‘Joyce Carol Oates’ right now, but a shopper in a grocery store. And the dairy section is freezing.”

If police had arrived and demanded your I.D., you’d have had to confess — what?

My driver’s license, passport, social security — are all in the name “Joyce Carol Smith.”

In this story collection, Joyce Carol Oates, master of the American gothic, revisits territory she has long claimed as her own, a fictional realm where mild-mannered men turn into monsters and the maternal embrace is more often crushing than comforting. Her effusive, exclamatory prose can be — and has been — mocked, but there’s little doubt that Oates is a well-practiced storyteller. Too well practiced, perhaps: the impact of these precisely turned tales of violation and violence tends to be more mechanical than visceral.

Part of the problem is thematic. In story after story, a woman is childless (read frigid and controlling) or has given birth to a nasty piece of work. Girls are vulnerable, hurt by their fathers, looking for acceptance; and, in turn, they are murdered, transformed into objects of obsession or driven crazy. A woman’s bodily integrity is breached by rape or by pregnancy, by relinquishing her virginity or by nursing an infant.

“You entered my virginal body, you took from me my innocence, my youth, my very soul,” writes the woman at the center of the title story, which takes the form of a letter to the man who deflowered her 23 years earlier. Her rage remains fresh, yet there’s little sense of emerging danger or keen insight in her insistent narration. Instead, the story’s menace depends on typography, as if italics might turn overboiled sentences into something creepy rather than clichéd: “I have forgotten nothing . . . . While you, to your fatal disadvantage, have forgotten almost everything.”

Negligent, absent fathers disorient their daughters. In “Strip Poker” and “Nowhere,” fathers have been imprisoned for assault; in “Smother,” an emotionally distant father and an anxious mother cause a woman named Alva to recollect, or imagine, that they murdered her sister. Men and women engage in ceaseless warfare. “You did not love a man who didn’t inspire fear, though you might fear a man — many men — whom you did not love,” thinks a character in “The Spill.” In “Nowhere,” a teenage girl feels “weak with desire for the man, unless it was fear.”

Oates does deploy some original twists and suggestions of ambiguity, assets that emerge most forcefully in “Smother,” which is split between the fractured memories of Alva and the more collected viewpoint of her mother, Lydia, as she meets a pair of detectives in order to rebut Alva’s allegations. Initially, this device leads the reader to sympathize with Lydia: she’s a well-respected professor, Alva an itinerant artist’s model with a history of drug problems. Here and there, though, a destabilizing note emerges: the collection of pills in Lydia’s medicine cabinet, her deeply ambivalent feelings about motherhood. The story is wonderfully executed, and left tantalizingly unresolved.

Unfortunately, these moments are fleeting. Instead, one is struck by Oates’s infelicitous images and repetitions. Some are clearly meant to be resonant: the quarry at Sparta, the blue-collar town in upstate New York that makes regular appearances in her fiction, pops up several times, easy shorthand for downtrodden lives. But is there some deeper meaning to the fact that in three stories men are pointedly noted to have bands of fat settling around otherwise slender waists?

It’s disheartening, then, that the story that fits this collection’s pattern least, “Vena Cava,” also feels the most cynical. Here a grievously injured veteran returns from his third tour of combat duty in the “War Against Terror” feeling less than human. His body is filled with life-sustaining machinery and his hometown seems like a movie set — soon enough, a horror film. But as this sadly predictable story grinds to its conclusion, the response it engenders isn’t suspense or even a queasy disquiet; it’s a desire to get a desperate man’s cold march to a gory end over as quickly as possible.

Andrea Thompson is a freelance editor and writer. 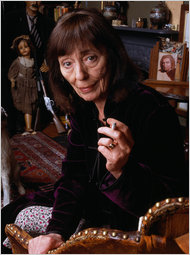 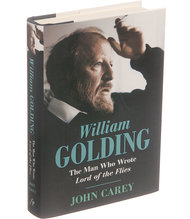 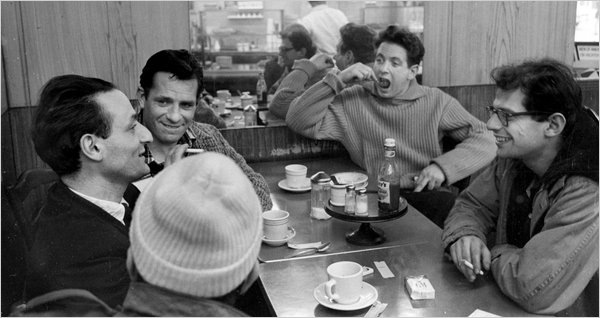 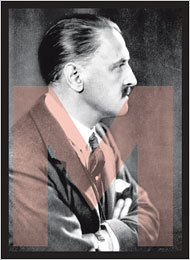 6. In addition to publishing six books of poetry as well as eight of cultural history and criticism, Geoffrey O’Brien is the editor in chief of the Library of America, whose handsome, authoritative volumes now more or less constitute the nation’s literary canon. But however central the novelist Mansfield Tracy Walworth (1830-73) may be to O’Brien’s crackerjack new history of one family’s mayhem, it seems safe to say that he will not soon be joining Welty, Wharton and Whitman at the right-hand reaches of the Library’s long, august shelf. n books like “Lulu” and “Warwick” and “The Mission of Death,” Walworth added purple prose, foot fetishism and idealized projections of himself to what O’Brien calls “a staggering slovenliness” about plotting. Even at the age of 12, Walworth was described as having “a haughty, arrogant nature and an ill-regulated mind,” and his upstate New York neighbors didn’t seem to be shocked when he grew up into a violent brute of a husband. Indeed, the real surprise in “The Fall of the House of Walworth” is that Mansfield’s pivotal role in the family chronicle should be not as a murderer but as a corpse. 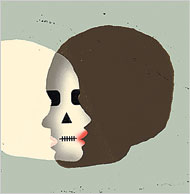